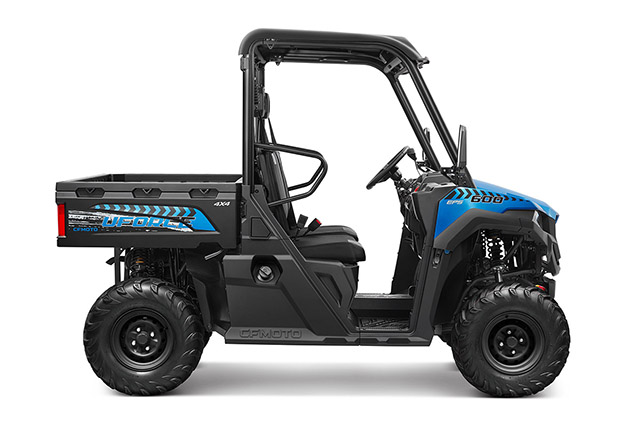 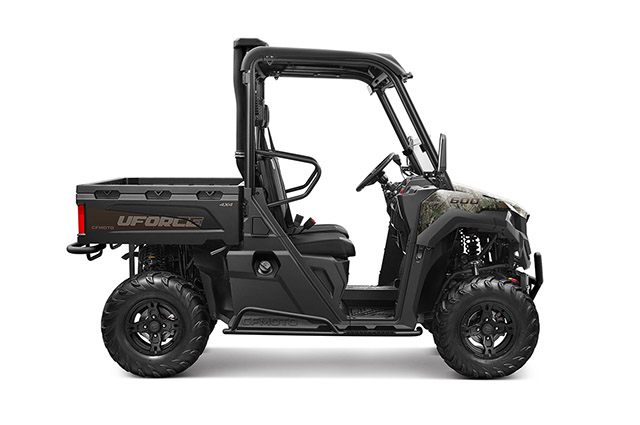 CFMOTO Australia has introduced two new UFORCE 600 variants – the ‘Base’ and ‘Hunt’ – to offer even more choice for local customers in the middleweight UTV category.

The Base and Hunt models will go on sale in the final week of January.

UFORCE 600 BASE
As the moniker suggests, the Base model is the no-frills part of the expanded U600 range, and will be only offered in one livery (blue).

It differs from the UFORCE 600 in the following areas:

•    It has steel wheels instead of alloy;
•    It has halogen lights instead of LED;
•    There’s no electronic power steering;
•    The rear differential is fixed instead of a limited-slip design; and
•    It doesn’t have a winch.

Otherwise, the Base still has all the UFORCE 600 features such as the roof kit, electronic engine braking, multiple drive modes, LCD screen, ROPS-approved cage, nearly 100 litres of storage, 960kg of towing/carrying capacity, and a newly designed bench seat.

UFORCE 600 HUNT
The UFORCE 600 Hunt variant is the antithesis of the Base: it takes all the UFORCE 600 attributes – including the winch, limited-slip differential, electronic power steering and alloy wheels – and then adds the following:

The Hunt model is positioned in the same premium vein as the UFORCE 800 Camo and UFORCE 1000 Hunter.

The UFORCE 600, which was released in 2021, already represents a quantum leap in design, performance, ergonomics and driving dynamics over its predecessor, and the Base and Hunt models continue that narrative while offering more choice for the customer.

All current UFORCE 600 accessories will also fit the Base and Hunt variants.