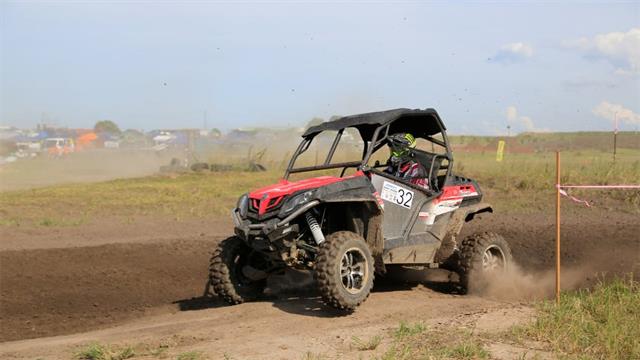 CFMoto Somerset dealer, George Knight, debuted the new 2014 Z8 at the Caboolture Queensland short course off road race series recently finishing on the top step of the podium, proving CFMoto’s Z series can out race the rest too.

The CFMoto Z8 v-twin ran faultlessly all weekend taking out the 900 CC class in an 800cc vehicle! George also placed an impressive fourth overall in the production open side by side class.

George and his team managed to fend off other competitors during what has been described as an incredible weekend of Australian off road racing where the CFMoto went head to head with the new Polaris 1000CC and Can-am’s 1000CC vehicles.

George, who also races two wheels in motocross, puts his success down to his impressive race experience where he has won multiple state titles. CFMoto would like to congratulate George on carving up the track on his CFMoto Z8 and blitzing all six rounds over the race weekend.