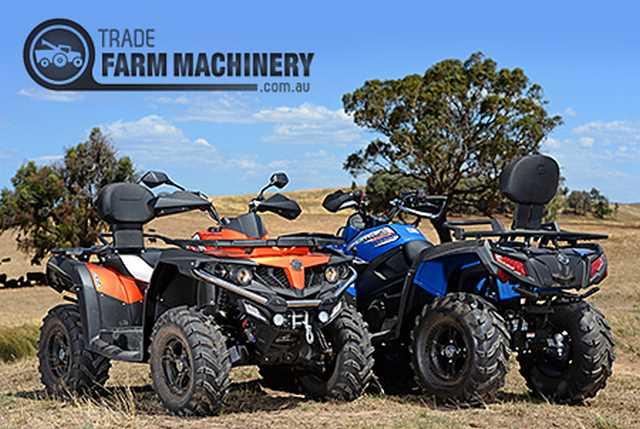 CFMoto’s X550 ATV and two U550 UTVs are the latest additions to the company’s line-up aimed at the rural sector.

The models distinguish themselves by having a new 495cc SOHC single-cylinder engine with liquid cooling and Bosch EFI for more consistent performance regardless of temperature or altitude.

CFMoto claims the 28kW (38hp) unit is 12kg lighter and 17 per cent more powerful than its air-cooled predecessor.

The weight reduction is thanks in part to electrically assisted power steering. Torque is also up by 13 per cent to 46Nm at 5800rpm.

Both models feature selectable 2WD and 4WD modes and a lockable diff, mated to a Canadian-sourced Continuously Variable Transmission.