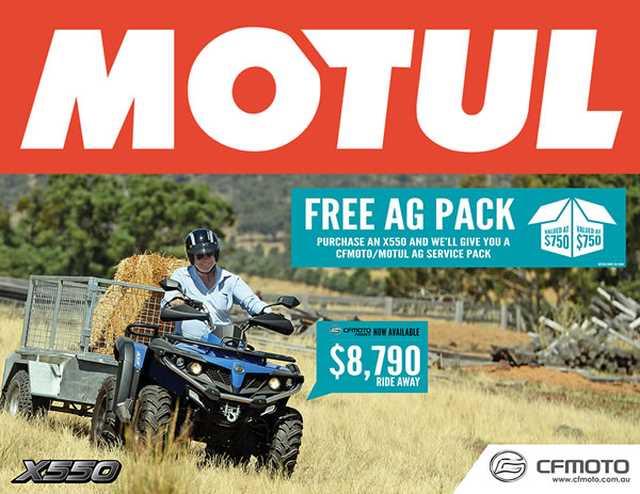 CFMoto Australia Director, Michael Poynton says the partnership comes off the back of one of the strongest sales years the company has seen since its arrival in 2009.

“To be able to team up with such an iconic brand is a great leap forward for CFMoto Australia –it shows our customers we are committed to delivering premium products and only partner with the best.

“Not only will we be working with Motul to launch some great joint product promotions, we will also be working to ensure CFMoto vehicles are delivered to customers with premium Motul lubricants on board.

To celebrate the official launch of the CFMoto, Motul Lubricants partnership, CFMoto are giving away a $750 Ag Pack for every X550 purchased until 30 June 2015.

“To really reward customers who purchase our new look ATV, we are giving away some great accessories and service kits that really add value to their purchase.” Poynton said