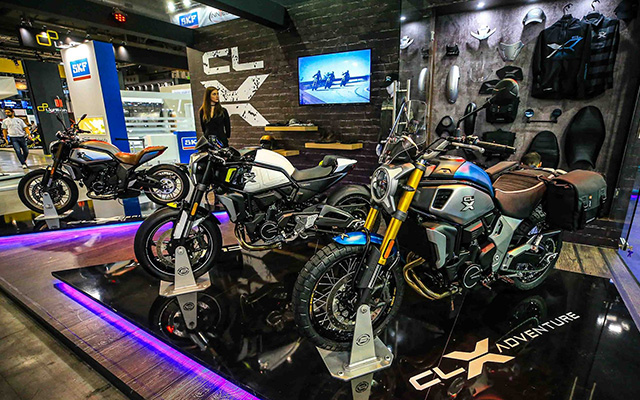 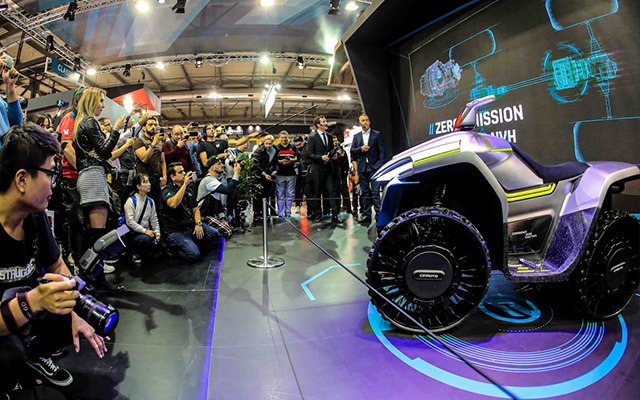 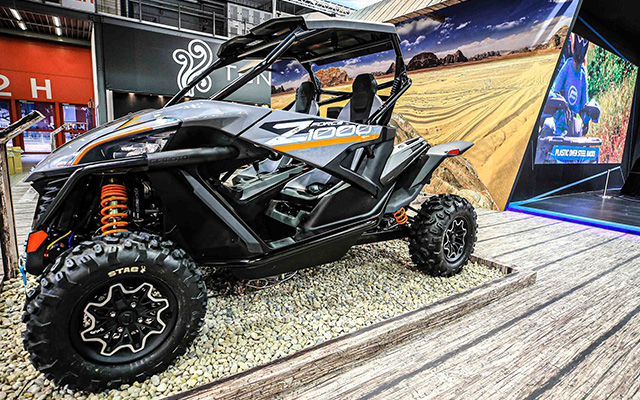 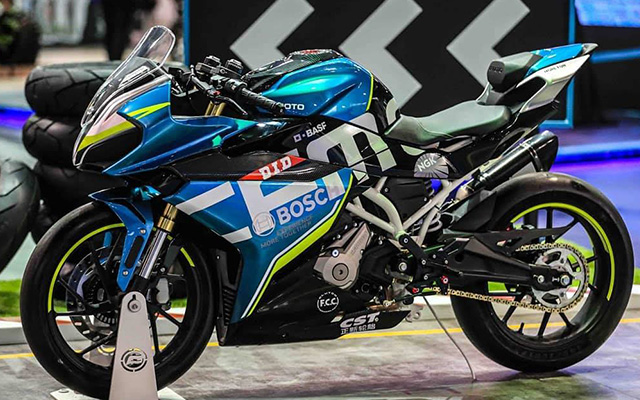 CFMOTO celebrates 30 years at the 2019 EICMA Motorcycle show in Milan, Italy with a large display of its model range including an all-new 700cc motorcycle range and an electric ATV concept.

The brand new 700cc motorcycle platform was completely designed and created by CFMOTO, showcasing the company’s capabilities and how it is stepping up its game over its Japanese counterparts.

The beautifully designed 700CL-X will come in a three variations – sport – adventure and a heritage model. The idea behind the trio is to offer customers a great value product with sophisticated design, solid performance and now with greater personalisation. CFMOTO customers will have access to a large catalog of genuine CFMOTO parts to further customise each model to their individual tastes building on CFMOTO’s progressive and more fun customer experience.

CFMOTO showcases its talents at EICMA by releasing a completely electric ATV concept. Further details are to be released.

The long awaited all-new ZFORCE 1000 EPS that showcased in last years EICMA is to be released very shortly at the beginning of next year. The first model in the country was showcased at last weeks Australian Motorcycle Festival held in Wollongong, NSW.

A first for CFMOTO is the introduction of a 300cc full-faired sports bike. The model is to debut in the first half of 2020.

With more and more new models in the pipeline CFMOTO is definitely a brand to watch in 2020. Staying true to its core values by offering great value products that are innovative and progressive, but also good fun to operate.

For further information on CFMOTO take the time to browse our website or get in touch with one of our many knowledgeable CFMOTO dealers.