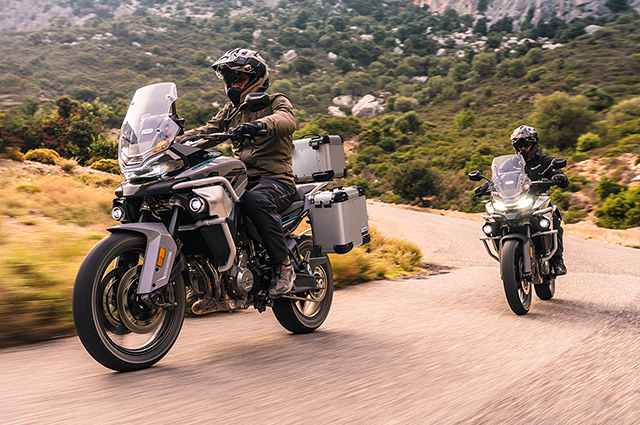 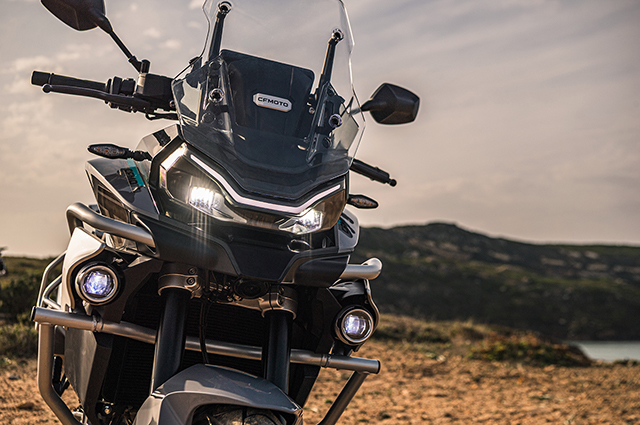 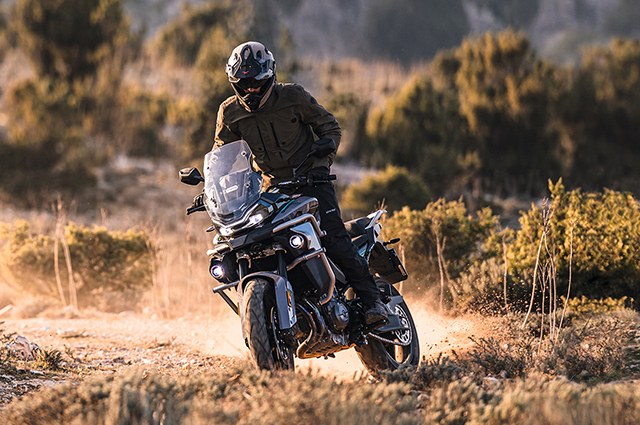 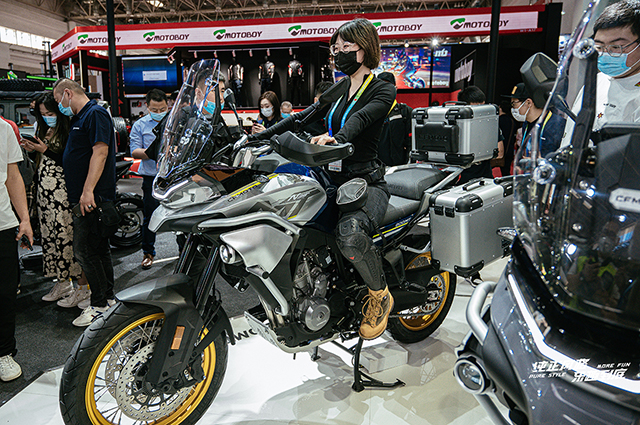 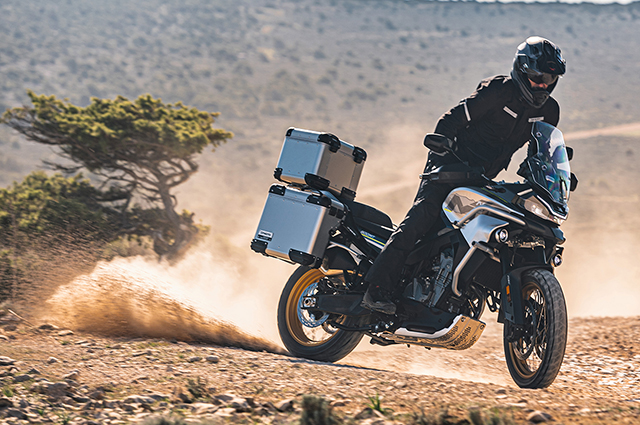 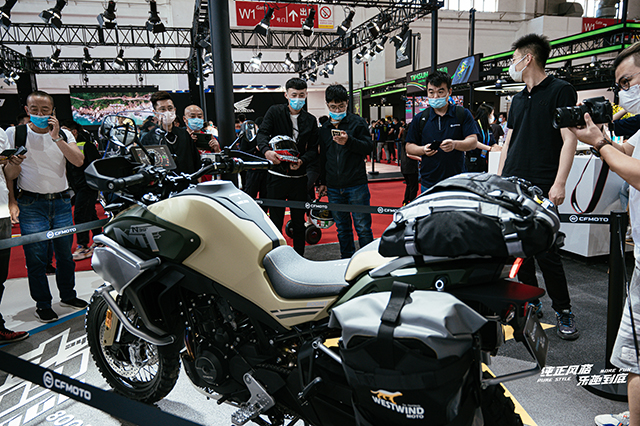 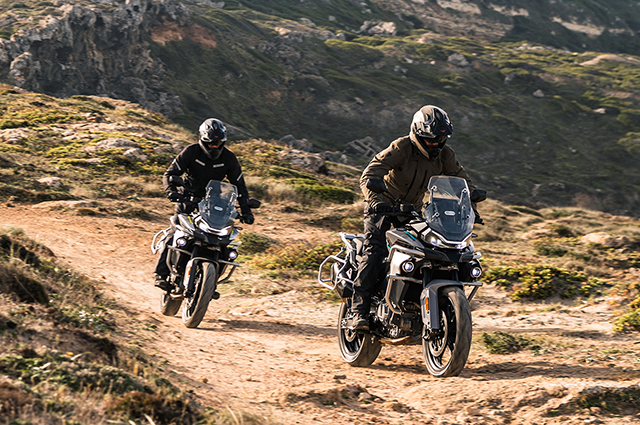 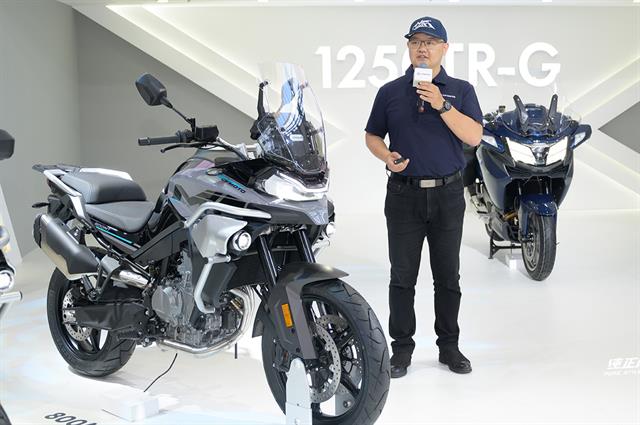 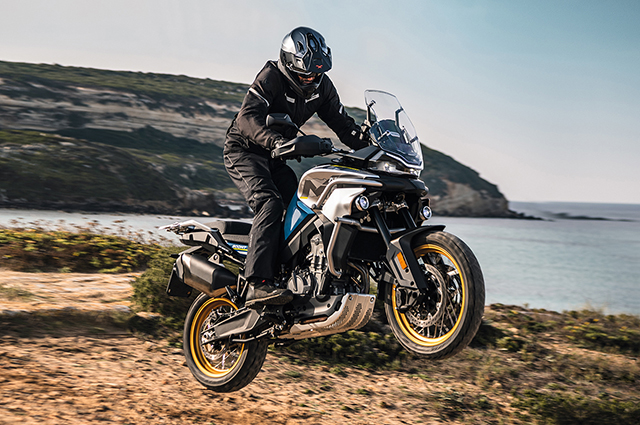 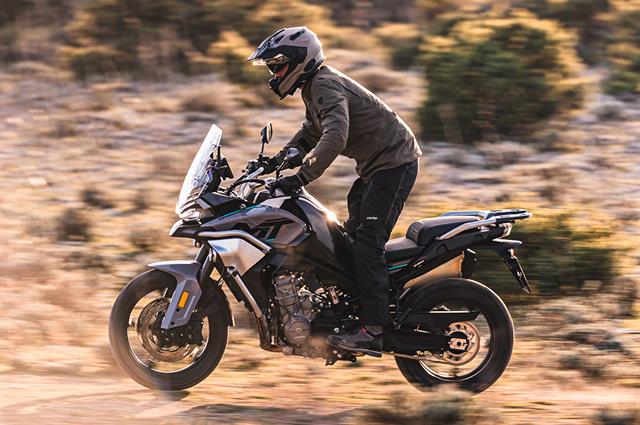 CFMOTO has unveiled its all-new 800MT adventure family at the 2021 Beijing motorcycle show, which will span across two separate models – the 800MT Sport and the up-spec 800MT Touring.

Both machines took centre stage on the huge CFMOTO stand in Beijing, with full specifications also released for the KTM-powered duo as the technical and operational joint venture between the two companies goes to the next level.

At the heart of the matter is KTM’s potent 799cc parallel twin, which produces 70kW (95hp) at 8000rpm and 88Nm at 6600rpm. The 800MTs also have a slipper clutch, Bosch electronic fuel injection and a ride-by-wire throttle with three riding modes: rain, off-road and road.

The major point of differentiation between the two is in the rolling stock: cast wheels on the Sport as opposed to spoked tubeless wheels on the Touring. Wheel sizes are 19-inch front and 17-inch rear – an ideal compromise for road and off-road riding.

Standard features across the 800MT range include:

The 800MT Touring then adds a number of safety, convenience and performance features:

“The official launch of the 800MTs in China last weekend was a huge moment,” said CFMOTO Australia director, Michael Poynton. “It not only adds a new and exciting chapter to the CFMOTO and KTM technical and operational alliance, but continues CFMOTO’s push into new and exciting markets.

“We’re already seeing that with the upcoming 700CL-X middleweight full-powered range, and now the adventure segments beckons  – and we are confident the 800MTs will make a huge impression with their technical flair and impressive styling.”

Price on the 800MT Sport and 800MT Touring will be announced soon, with availability in Australia by the end of 2021 complete with CFMOTO’s new ‘2 plus 1’ three-year warranty.