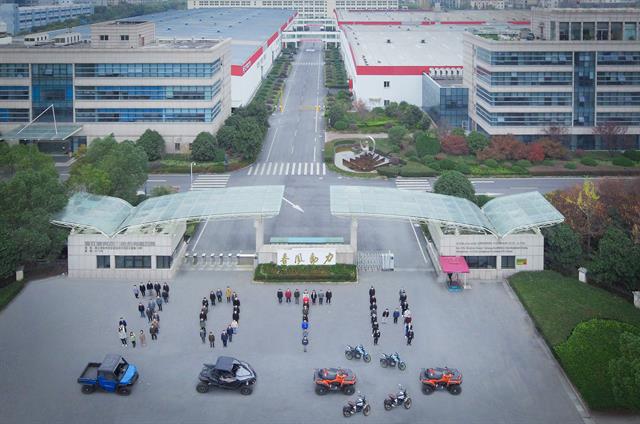 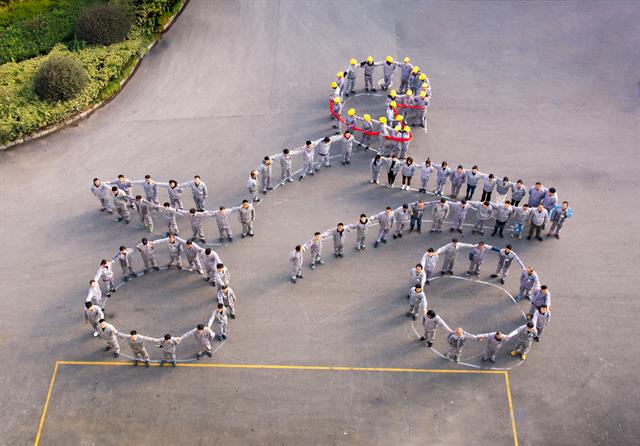 CFMOTO celebrates its 30th Anniversary at its headquarters in Hangzhou China.

The President of CFMOTO Mr. Lai Guogui, General Manager Mr. Lai Minjie and other company board members, members of the board of supervisors, 100 managers and more than 10 VIP guests including the President’s father Lai Jinfa the former CFMOTO President were invited to join the celebration.

The General Manager Mr.Lai Minjie made a speech to mark the occasion. He began by going back to the beginning when the former CFMOTO President Mr. Lai Guogui first started with a small motorcycle production and assembly line in his own home in Hongqiao, Wenzhou City. Then he moved to the milestones of CFMOTO over the past 30 years and how it has become a successful powersports manufacturer. “The product is the core of the business,” says Mr. Lai Minjie. CFMOTO continues to focus on innovation and development to build on the core product and lay the foundation for future growth and to become a premium global powersports brand. Mr. Lai Minjie then concluded by extending his sincere thanks to CFMOTO customers, employees, board members and the former President Mr. Lai Jinfa.

After the speech a 30th anniversary video was played interviewing CFMOTO employees who had been apart of CFMOTO for more than 20 years. The President then awarded the 17 employees for their commitment and hard work.

Former President Mr. Lai Jinfa was then invited to cut the 30th Anniversary cake to mark the occasion.

150 people attended the 30th Anniversary and more than 2000 CFMOTO employees were witnessing the event through live streaming.

At the end a limited edition 30th Anniversary 250NK was auctioned online for 12.9 RMB (9th of December) as a part of the celebration and in typical Chinese fashion ‘good luck red packets’ were also given way by the President to 3 lucky employees.

Now 30 years young, CFMOTO has plenty of new and exciting plans for the next 30 years and beyond.

The joint venture with KTM is soon to take its next step with a new manufacturing plant due to open in 2020. A brand new CFMOTO R&D facility and not to mention the exiting line up of new models soon to be released.

A space to watch as CFMOTO grows into becoming a premium global powersports brand.